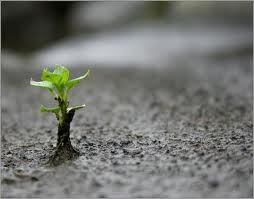 The survey was given out during a seminar that consists of HR, Training and Operations Managers who formed part of the senior management team in their own companies. There are 30 useable responses collected from a total of 13 companies.  3 of these companies are Multi-National Companies (MNCs) and 10 other companies are Small and Medium Enterprises (SMEs). The respondents were asked to rate each statement according to the likert 5-point scale of Strongly Disagree; Disagree; Neutral; Agree; and Strongly Agree. They were asked to recall how their companies responded in times of adversities when rating each statement.

The results showed that the lowest scoring C.O.R.E. dimension is O – Ownership. The lowest scoring statement is the statement – “Take ownership in resolving problems even if they did not cause them.” 30.0% of the respondents disagree or strongly disagree with this statement and only 36.7% of the respondents agree or strongly agree with the statement. These suggest that when facing adversities, people in these organizations exhibit a tendency of  “passing the buck” and lack the sense of ownership and responsibility to resolve problems regardless of who or what have caused them in the first place.

The highest scoring category is R – Reach. It suggests that most organizations have stronger ability to prevent adversity in one area from spreading to another. They are better in compartmentalizing problems, disallowing the problems to paralyze other areas of operations. The highest scoring statement is under the Control dimension – “ Seek support from others when handling problems or challenges that are beyond their control.” 6.7% of the respondents disagree or strongly disagree with this statement and 80.0% of the respondents agree or strongly agree with the statement. It suggests that people within the organization are able to recognize adversities that are beyond their control and readily seek help and support from others who may have the expertise to address the challenges.

How would your organization fair in terms of resilience? Is “Ownership” something which most organizations fair poorly in?