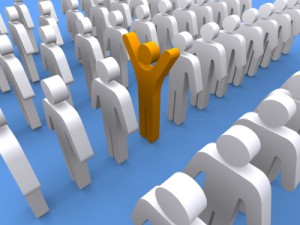 It has been said that up to 90% of mid-level executives have been promoted in the past to lead their peers. Many new leaders struggle with getting comfortable in the new role which requires them to lead their former peers. Here are some lessons i’ve learnt from my own journey in leading my former peers.

1. Don’t change too much too swiftly. New leaders maybe eager to make lots of changes. The intent could stem from both a genuine enthusiasm to bring about betterment, as well as a desire to establish authority. Restrain your urge to overhaul everything at one go. Start from small changes that have greater buy-in that help to build trust with your followers for bigger changes.

2. Talk about what will NOT change.  People are generally not too fond of changes. I suggest taking time to reassure your followers on what won’t be changing. It’s also a show of respect and recognition to your predecessor, whom some of your followers may still find themselves emotionally loyal to.

3. Manage your boss’ expectations. Your boss who promoted you has certain expectations. So find out what are those expectations if he/she hasn’t told you yet. I’ve seen some bosses having the expectations of a newly-promoted-from-within leader to bring about change immediately because the new leader is already familiar with the work and the team. It is important at this point to manage the boss’ expectation that it’s a new role for you, and while you will bring about positive changes to the team, you need time to familiarize yourself with the new role and others need time to adjust to you too.

4. Spend one-on-one time with your followers. Take time to meet with them individually, spending more time to listen than talk. Find out how are they doing in their role and how you could further support them. Once again manage the expectations that things will not change overnight. However, take the opportunity to understand their challenges, and see if there are any issues which you can address quickly to demonstrate your commitment and leadership.

5. Involve the influencers. There is usually a bunch of people in any groups that are more influential than others. Their influence could be due to their seniority, experience or their personality. Take more time to hear their views. Involve them by giving them some responsibilities in your new initiatives. Acknowledge their experience and show willingness to work out any differences. Encourage them to come to you if they have any thoughts, hopefully reducing the chances of them sharing differing views behind your back.

6. Demonstrate your competence. Ultimately it’s your competence and results that will convince your followers that things are moving in the right direction. Keep a close tab on your bottom-line. Create small wins and take opportunity to let people know of them. Got a new deal? Share it openly in your team meeting. Created a new tool or developed a new work process that enhances your productivity? Share with your colleagues on its benefits and get people to use it. Managed to shorten your 2-hour meeting to 45 minutes and still got everything done? Congratulate everyone on being more efficient and productive.

7. Be prepared to tackle the elephant in the room. I’ve found that there are usually some thorny problems in groups that everyone knows about but no one took any actions to address. It could be an employee that has a bad behavior but has been with the company for the longest time. Or it could be a branch that has been losing money but it’s managed by the boss’ niece. Or it could be the commission scheme that continuously reward salespeople despite a constant drop in their numbers. Eventually new leaders should tackle these elephants in the room. It’s one of the best ways to truly establish yourself and signal a real change in direction under your leadership.

Have you ever had to lead your former peers? What have you found to be a challenge? What did you try that worked or did not?